NFMAD conducts adult mosquito surveillance with CDC light traps, set throughout our District. There are up to 18 sentinel traps set approximately one night per week in perimeters around the towns of Hotchkiss and Paonia/Bowie, and in the regions between the towns. Other trap sites are added when an increased level of information is needed around event/recreational/park areas, and/or an uptick in adult mosquito numbers is observed in a sentinel trap site. The additional traps aid the pinpointing of the breeding site(s), and help to direct the direction of the search, in quarter-mile increments. NFMAD also has temporary trap sites that are set in response to a resident complaint or request.

The CDC light traps collect adult mosquitoes for at least 12 hours and attract mosquitoes by emitting carbon dioxide and using artificial light, essentially the same attractants as for human beings! This is one of the reasons that events with large groups of people tend to be adult mosquito magnets since the levels of carbon dioxide increase markedly from human exhalation, and added lights in parks or yards become huge mosquito traps.

NFMAD uses the trap data in several ways, including directing the crew in the continuing search for breeding sites, monitoring larval and pupal treatments that have been applied, RAMP testing for the presence of mosquitoes carrying West Nile virus, as well as before and after application of adulticide to monitor effects. Events in the North Fork district are trapped in a tighter perimeter beginning at least 3 weeks in advance, with aggressive treatment using larval, pupal, and barrier products. If indicated, adulticide will be sprayed before an event occurs.

The adult mosquitoes that are captured in our light traps are frozen and identified to species. Species numbers are tallied and monitored for peaks and dips in the mosquito population. A trap that suddenly has a high number of mosquitoes indicates there is potentially a water source nearby that is breeding mosquitoes, and the crew increases the search for the breeding site in a larger circumference. Since each species of mosquito has breeding site preferences, each type of terrain is monitored. Occasionally, adult mosquitoes are blown into the District by wind, particularly along the western boundary of Hotchkiss, and from the Crawford reservoir.

Culex species mosquitoes are tested for West Nile virus using the Rapid Analyte Measurement Reader, commonly known as RAMP. NFMAD purchased the RAMP equipment in the winter of 2013, with funds generously donated by the towns of Hotchkiss and Paonia, a private grant from Planet Heritage Foundation, as well as private donations from residents and an anonymous donor.

The RAMP reader allows the District to test trapped pools of mosquitoes for West Nile within hours of collection, rather than the previous testing using Polymerase Chain Reaction (PCR) in Denver, which required 8-15 days to turnaround the information and is highly expensive. The RAMP purchase became even more important as federal funding for PCR testing was decreased to the states in March of 2013, and further in 2014, essentially decreasing the Delta County Public Health department’s budget for testing trap pools for NFMAD and Delta District #1. The Public Health office will confirm RAMP test results with PCR testing if requested over the season, if the timing is within the state testing boundaries, and the budget allows.

Given that Culex mosquitoes potentially carrying W. Nile virus can go from egg to flying adult in less than 4 days, the RAMP reader has given NFMAD the ability to direct and redirect treatment in an efficient manner. In the 2014 season, as a direct result of the leasing of an office space for the lab, NFMAD turnaround on a trapped pool of mosquitoes had decreased to 4-6 hours.  By 2018, the turnaround was less than 4 hours.  This commitment to rapid response continues in 2019.

Any increase in mosquito species in a weekly trap causes a rapid response by the crew…searching for breeding sites, applying barrier and larval treatments, and using targeted spraying to kill adults.   Given the difficulty with areas of Delta County that do not have mosquito control exporting mosquitoes into the District, more adulticide spraying happens at the District boundaries as a result of trapping.  Adulticide notifications are posted on the NFMAD Facebook page, (www.facebook.com/NorthForkMosquitoAbatementDistrict), and on the Adulticide page of this website 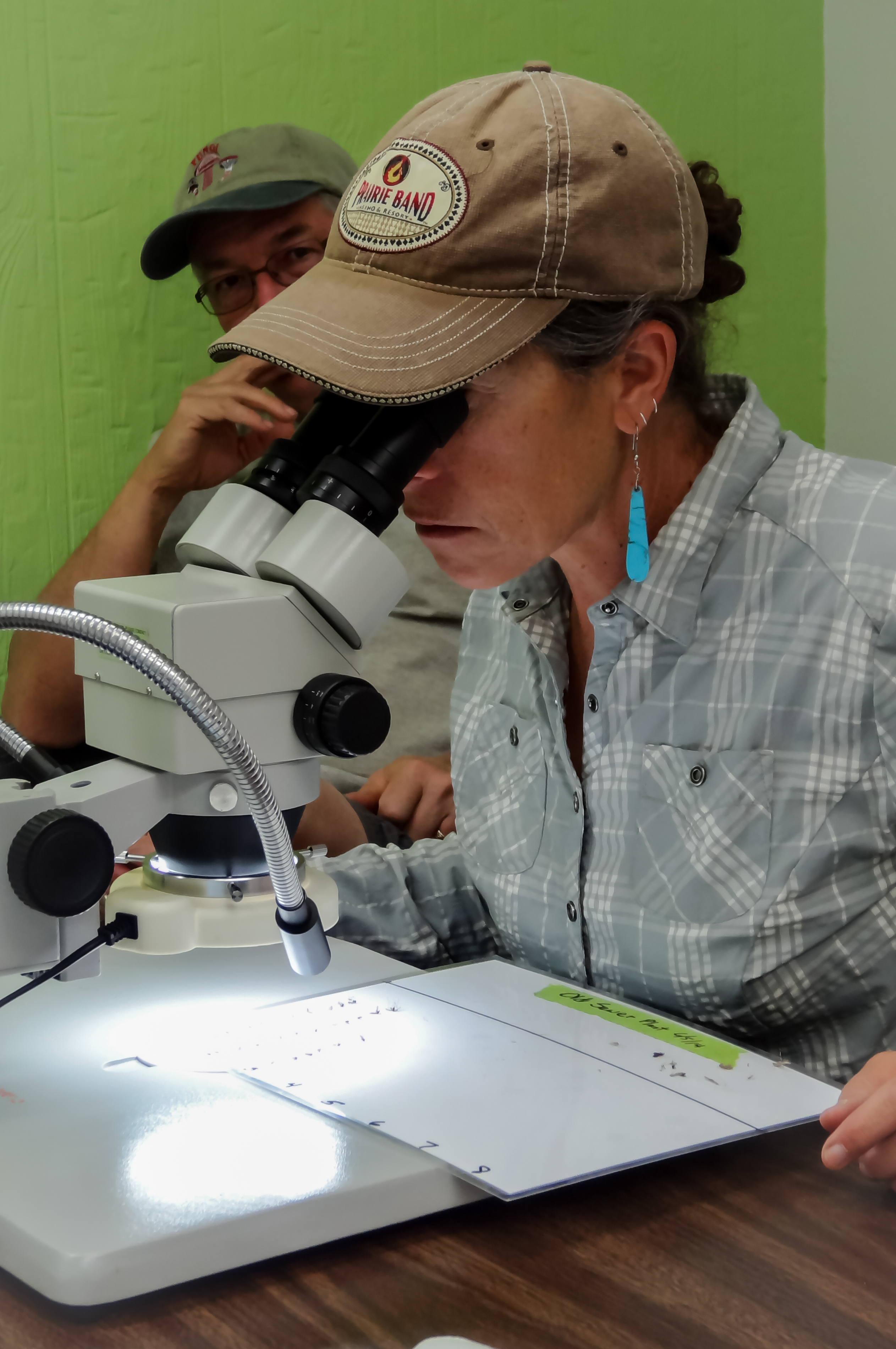 Trapping is beginning in the NF District areas this week, depending on weather.  High winds and rain, coupled with low nightly temperatures has delayed the onset of trapping until the second week of June.